Amazing Fundraiser at The Palz Tap House with a Surprise Meeting!

Many thanks to the Violi Family and The Palz Tap House for a remarkable fundraising event.  The night was filled with family, friends and some surprise guests!   We appreciate all the support from The Palz Tap House and all who attended.   We are grateful for our new found friends, The Lang Family!

A Surprise Meeting for Two Families with Much in Common

Ed and Jean Lang had two sons, Daniel and Douglas, who were identified over 40 years ago with the symptoms of Niemann Pick. At the time it wasn’t a disease with a name and was called Lang’s Disease until a formal name of Niemann Pick Type D was given to their sons. Daniel and Douglas lost their battle with this disease at ages 11 and 12, respectively. Through the years the Langs dealt with the loss of not one, but both of their sons. Their daughter, Donna, now lives in North Carolina with her husband Steve and they were visiting her parents along with 2 of their sons on that day when Ed returned from the hospital.

When Ed arrived home that day he shared the story of meeting the Coppola’s neighbor and about the fundraiser to be held later that week for the Andrew Coppola Foundation.   The entire family attended the fundraiser at The Palz Tap House on August 16, 2016.   It was such a blessing for everyone to meet the Langs and especially for the Coppolas to know that there was another family right in their local area who truly understood what they are going through.  It was truly a special evening and the start of an encouraging friendship for both families.

Pictured below are the Coppola and Lang families enjoying a fun evening at The Palz Tap House! 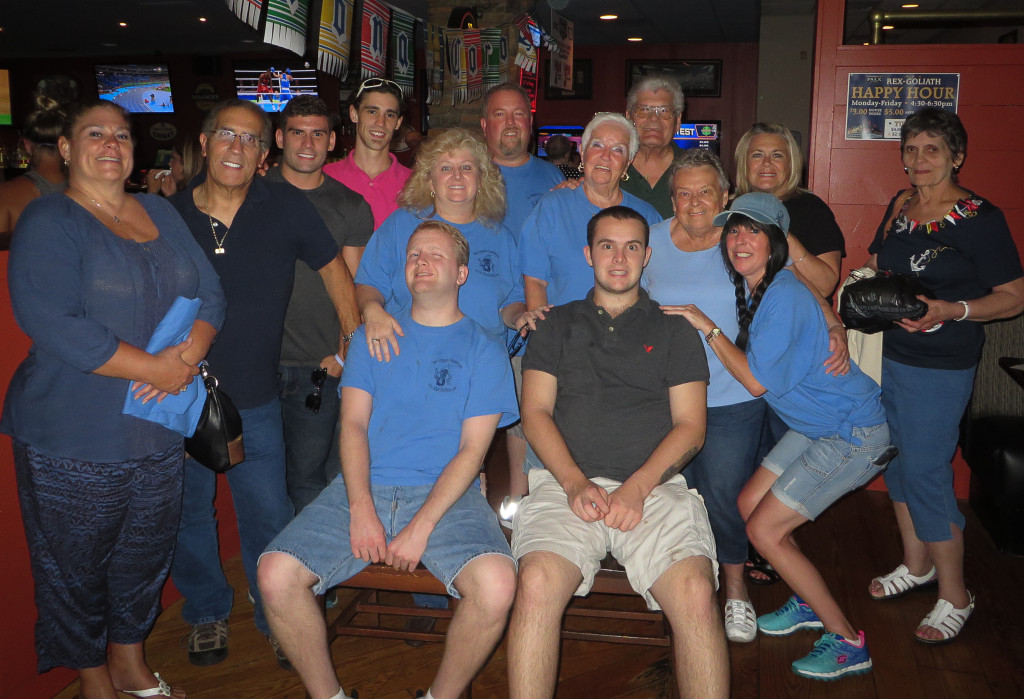