Providing Support & Education Towards Those Who Have Been Impacted By Niemann Pick Disease Type C.

Niemann-Pick Type C (NPC) is very different than Type A or B (ASMD).  NPC Patients are not able to metabolize cholesterol and other lipids properly within the cell. Consequently, excessive amounts of cholesterol accumulate within the liver and spleen and excessive amounts of other lipids accumulate in the brain. NPC causes a secondary reduction of ASM activity, which led all three types to be considered forms of the same disease.

There is considerable variation in when Type C symptoms first appear and in the progression of the disease. Symptoms may appear as early as a few months of age or as late as adulthood.

Vertical gaze palsy (the inability to move the eyes up and down), enlarged liver, enlarged spleen, or jaundice in young children are strong indications that NPC should be considered. It is common for only one or two symptoms to appear in the early stages of the disease.

Type C Niemann-Pick Disease has an estimated 500 cases diagnosed worldwide.  It is believed, however, that the number of people affected by NPC is higher, but diagnostic difficulties do not allow an accurate assessment of the occurrence rate.  NPC has been initially diagnosed as a learning disability, mild retardation, “clumsiness,” and delayed development of fine motor skills. It is not uncommon for a family to spend several years seeking a diagnosis before NPC is identified.

NPC is always fatal. The majority of children with NPC die before age 20 (many die before the age of 10). Late onset of symptoms can lead to longer life spans but it is extremely rare for any person with NPC to reach age 40. 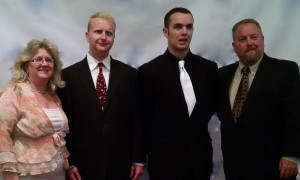 HELP US RAISE AWARENESS AND FIND A CURE